Author of To Catch A Killer and The Devil You Know 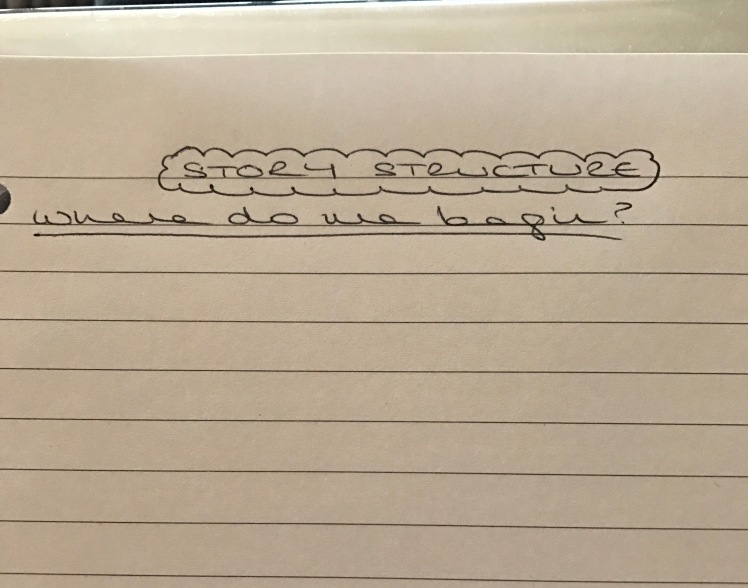 It’s January and that must mean that with a new year comes a new book. A fresh pukka pad. A healthy supply of pens (black, obviously). And an idea. People ask where I get my ideas from, as if us authors have access to some mysteriously hidden well of knowledge, curtained off from the rest of the general population. I don’t – unfortunately. But what I do have is a serious and untreated curiosity about the world around me. It is such a fascinating place. So many different stories unfolding all at the same time. As an author, my job is to take those in. To read them, to watch them, to see them unfold. And then, from within those stories, to find the nugget of an idea, the opening bars of the story I want to tell. What that nugget is has looked different for every book I have ever written. Sometimes, it’s a character, or a character trait that just seems too good not to write about. Other times it’s a title that springs fully formed into your mind and forces you to ask the question, what kind of story would follow on from this? Or it may be an event, a tiny proportion of your character’s day, that somehow provides you with a starting point for a story.

For this next book, it began with a title and a victim. And no, I’m not going to tell you what either of those are. Because talking about these things, before they are ready to venture blinking into the world, can diminish them too much. You have to understand them yourself before you can allow them free to be dissected and critiqued. Still, I have them.

I’m a planner. I’ve dabbled with writing-by-the-seat-of-my-pants. It never ends well. I need to have a structure. I need to understand my point of destination before I depart. So the beginning of every new book always involves me, my pen and notepad, as I scribble out ideas for what this story might be. What do I know? What do I want to know? Is there anything that is already standing out as a problem to me? How do I solve it? Are there any major plot points that have already become clear to me? Do I know how I’m going to get there?

Then, when my hand is sore and ink-stained and my writing has lost all legibility, it is time to introduce myself to my characters and to allow them to introduce themselves to me. I have a spreadsheet that I have been using since I first started writing. Every character, no matter how small or seemingly insignificant, gets a page in my spreadsheet. For every character, I sit for days, sometimes weeks, and catalogue everything I could ever need to know about them. There’s the obvious stuff, like hair colour, height. Then there’s the somewhat less obvious stuff. What car do they drive? What do they eat for breakfast? Do they play any sports? My television and film agent, Sheila, took great delight in discovering that included in my spreadsheet are the homes and addresses of each of my characters, including the value of their houses. “And, Emma, the values are all RIGHT!!” Yes. Yes, they are. Thank you, Right Move.

The beauty of knowing your characters inside and out is that they will then fuel your plot. Knowing who they are means you know how they will react to a given situation. One of my favourite parts of the whole writing experience is when you are done with your character biographies, and you return to your notepad, looking over your plot breakdown with a fresh eye, and you suddenly see myriad new turns as each of your characters changes the plot in their own inimitable way. And no, in all likelihood no character is ever going to say “Well, my house was valued at £320,000, providing I get the damp seen to.” But the fact that I know this means that, for me, my characters have become real people, each with their own stories to tell.

And then? Well, then there is nothing for it but to write…